The committee is arranging to have several speakers address the community on the differences between nonpartisan and partisan city elections, and the potential impact of each.
Jennifer P. Brown|

The Nonpartisan Election Citizens Committee is approaching its work on two fronts — educating Hopkinsville residents about the pros and cons of partisan and nonpartisan city elections, and preparing a report for city council on its findings about the two election systems.

During the panel’s monthly meeting Thursday night at the Memorial Building, committee member the Rev. Darvin Adams, who is a former council member, posed a rhetorical question: Which of the two tasks should they emphasize, the report to council or informing the public?

Several members agreed that helping the public understand the differences between the two types of elections, along with the impact of each, deserved greater emphasis.

“The community needs to know what it means, partisan and nonpartisan,” the Rev. Perry Greenwade said.

Hopkinsville is one of fewer than 10 cities in Kentucky that conduct partisan elections for city races.

Mayor Wendell Lynch appointed the 12-member committee in April to study the two forms. He tasked them with providing public forums for “feedback and education” and to study partisan vs. nonpartisan elections in an “unbiased manner.” The committee’s work will culminate with a report of its findings to the council, although they are not charged with making a recommendation to the council.

During their meeting Thursday, the committee discussed biases that everyone brings to the process of examining how the two election systems would work in mayoral and city council races.

Adams said he was concerned the committee was framing its discussions around the likelihood that the city will switch to nonpartisan elections despite the fact that the committee needed to remain neutral in its approach.

Committee chair Rich Maddux acknowledged that the group’s work will be hard, and that some preconceived ideas among the members are to be expected.

“Depending on which direction you are coming at this from … you are either going to see this as a plus or a minus,” Maddux said.

The committee’s appointment grew out of Lynch’s decision to veto a 6-to-5 city council vote on July 7, 2020, to switch Hopkinsville to nonpartisan elections. The 12-member city council would have needed eight votes to override Lynch’s veto, and no effort was made to do that.

A key criticism of the council’s vote last summer was that it was conducted during the pandemic when many residents did not have easy access to speak directly to council members. Several residents spoke against the nonpartisan ordinance on the night city council approved it. All of the opponents who spoke prior to the vote were Black, and the council’s decision also went along racial lines. The five members who voted against the nonpartisan ordinance were Black. The six who voted in favor were White.

Several opponents of the nonpartisan system spoke about the Black community’s ties to the Democratic party in Hopkinsville, and said many in their community rely on party identity to determine which candidates align more closely with their beliefs.

At Thursday’s committee meeting, member Tom Glover gave an update on his assignment to reach out to political science college professors in Kentucky and see if any of them would be willing to speak at a community forum. At least three — from Western Kentucky University, the University of Louisville and the University of Kentucky — confirmed they would likely be available. Glover was also checking with professors at Murray State and Eastern Kentucky universities.

Maddux said the committee’s next meeting — at 5:30 p.m. Thursday, Sept. 9, at the Memorial Building — will focus on preparing for a public forum. The format, date and location will be determined later. 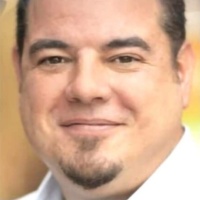 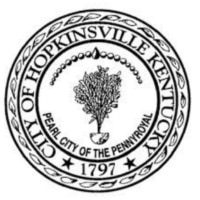 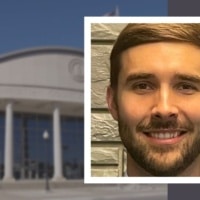 Lincoln Foster will run for county attorney as an independent