As the number of cases appears to decrease, vaccination rates among health care personnel have grown — but still remain well below the statewide average.
Julia Hunter|

In September, there were half as many COVID-19 cases reported by Christian County nursing homes as compared to August.

According to the most recent coronavirus totals available for facilities certified by the Centers for Medicare & Medicaid Services, county nursing homes confirmed 15 new COVID-19 cases between Aug. 30 and Sept. 26. Of those, six cases were among residents and nine were among staff members.

From Aug. 2 to 29, there were 34 new cases and one COVID-19 death — the majority of which were confirmed by Western State Nursing Facility, which reported all the resident cases and 75% of employee cases, as well as the death. Elsewhere, two employees at Christian Health Center and one at Covington’s Convalescent contracted the virus.

While numbers were lower in September, COVID-19 affected more facilities than it did in August. Last month’s totals were:

Christian Heights Nursing & Rehabilitation Center in Pembroke was the only certified nursing facility in the county without any new cases last month.

Previously, the state Department of Public Health reported COVID-19 data Monday through Friday for all long-term care facilities in the state, but that report was discontinued on June 19. It was around the time that the virus appeared to have been eradicated from nursing homes. However, the recent surge prompted by the highly contagious delta variant cut the reprieve short.

During the first 10 months of the pandemic, the residents of long-term care facilities were among the hardest hit in Kentucky, accounting for a hugely disproportionate share of COVID-19 deaths. In Christian County, 6% of all local coronavirus cases reported as of mid-January were among long-term care residents. Yet, the group comprised 60% of virus-related deaths over the same time frame.

At the end of July, 49% of health care personnel at Christian County nursing homes had been vaccinated.

Despite being employed at facilities that care for residents who are particularly susceptible to serious illness and death from the virus, just 58.5% of health care workers at nursing homes in the county had received at least one dose of a COVID-19 vaccine as of Sept. 26.

By comparison, 74% of all Kentucky adults have received at least one dose of vaccine.

Among residents, the vaccination rate remains virtually unchanged since late July, when it was 81%.

In an effort to move the dial, several nursing home groups — and even a few states — have implemented vaccine mandates. Others have been more reluctant, with some nursing home administrators expressing concern that mandates could lead to a worker shortage.

It’s a decision that many federally funded facilities might have to make soon.

Last month, President Joe Biden announced plans to withhold Medicaid and Medicare funding from long-term care facilities that don’t require their employees to get the shot. While the federal rule is still pending, it is expected in the coming weeks. 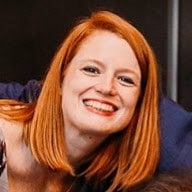 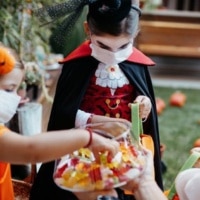 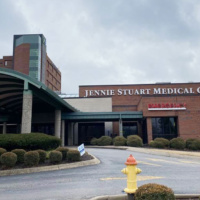 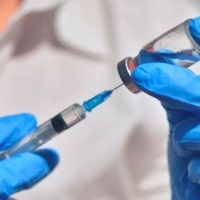