The local markers, which are among 2,400 installed statewide by the Kentucky Historical Society, offer lessons in local history.
Jennifer P. Brown|

Lessons in Christian County history can be found in 21 Kentucky Historical Society roadside markers that tell the stories of Civil War generals, a famous clairvoyant, early churches, a U.S. vice president, innovations in agriculture and other topics.

The local markers are among 2,400 that KHS has installed across the commonwealth. The marker program, launched in 1949, has relied on Kentuckians to submit applications and research for stories they wanted to document in their communities. The program was recently put on hold because of staffing constraints resulting from the coronavirus pandemic, according to the KHS website. However, the society maintains an online database of every marker. It can be searched by county, topic or keyword.

Christian County’s 22nd marker, approved earlier this year from an application by retired educator Ruth Lature, of Hopkinsville, honors the legacy of the late Mary Bronaugh. According to newspaper accounts and the family stories, Bronaugh was the first woman in Kentucky who passed the bar to practice law. Bronaugh’s historical marker will become the first devoted to the story of a woman in Christian County. Lature told Hoptown Chronicle that the marker is expected to be installed later this year at the Christian County Justice Center.

Here is a list of every KHS marker in the county:

Description: This Kentucky governor and congressman was born near Bardstown. A graduate of Transylvania, he began law practice in Hopkinsville. Morehead served in state legislature, as attorney general, in U.S. House of Representatives, and as governor of Kentucky from 1855-59. During his administration, geological survey completed, state prison enlarged, and funds allotted for annual state fair.

Hoping to avert civil war, Morehead attended the Washington Peace Conference in 1861. Although neutral, he sympathized with Confederacy and criticized Lincoln’s policies. Arrested by federal leaders and imprisoned for several months. Warned of another arrest, he fled to Canada, Europe, and Mexico. Died at his Mississippi plantation, 1868. Buried in Frankfort Cemetery.

Description: Gen. Hylan B. Lyon with 800 men invaded Ky., Dec. 1864, to enforce CSA draft law and divert USA from Nashville. In 23 days he burned seven courthouses used by Union forces. (See map on reverse side.) Courthouse at Hopkinsville burned Dec. 12. All county records saved. Commandeered clothing and went on. Returned on 16th, skirmished with US force and moved to Madisonville.

Description: Edgar Cayce-a psychic counselor and healer. Accepted nationally, he was one of the best known in this field. A humble and religious man, Cayce never profited from his predictions. Used reputed gift of extrasensory perception, including medical diagnosis, to better man’s understanding of God’s purpose for him here on earth. Born near here, 1877. Died, Va., 1945. Buried here.

Description: Organized in 1813, traditionally by the Reverend Gideon Blackburn, a pioneer minister and missionary to the Cherokee Indians. Present church building, not including later additions, was built during the period 1848-1852. Used as a hospital during severe epidemic that swept the camp of Confederates under Colonel Nathan Bedford Forrest through the winter of 1861-62.

Description: CSA General Nathan Bedford Forrest with 6 cavalry companies joined Gen. Charles Clark here November 15, 1861. Forrest made reconnaissance and foraging expeditions out of here. See map on other side. When on one he defeated USA forces in Battle of Sacramento on December 28. After occupation of Hopkinsville for almost three months CSA evacuated. They withdrew into Tennessee.

Description: Organized in 1831 by local laymen with aid of George P. Giddinge, Md. missionary, who became first rector, and Benjamin B. Smith, later first Bishop of Ky. and Presiding Bishop of the Episcopal Church. First church was built ca. 1850 on Virginia St. On Oct. l0, 1875, Jefferson Davis, an Episcopalian and native of Christian Co., worshiped there. Over.

101 CSA Unknown – Six companies CSA Cavalry under Col. Forrest were camped a mile to the north at the old fairgrounds, while reconnoitering this area in winter, 1861-62. A severe epidemic swept the camp and several hundred men died. When the city enlarged cemetery, 1887, John C. Latham, native of Hopkinsville, had bodies of 101 unknown reinterred and a large monument erected. Over.

Description: William Clark, co-leader of the Lewis & Clark Expedition, and his family stopped at Allsbury’s Tavern in Hopkinsville on Oct. 2, 1809. In 1807 Clark was appointed militia brigadier general and chief Indian agent for the Louisiana Territory. Over.

Description: First practice of no-tillage crop production in Ky. occurred on this farm in 1962. Harry and Laurence Young, of Christian Co., were among first in nation to experiment with no-tillage techniques, which use herbicides in providing seed bed in residue stubble. Conserves soil and water; saves time, labor, fuel, and often produces higher crop yields. Presented by the Du Pont Agricultural Chemicals Dept.

Location: At the park, Ninth and Campbell streets, Hopkinsville

Description: Bequest to city of Hopkinsville with funds for beautification and maintenance by John C. Latham of New York, a native of Hopkinsville. A generous and forgiving gift. Mr. Latham was owner of a large tobacco warehouse on this site that was destroyed, when burned by Night Riders, disgruntled tobacco growers, Dec. 8, 1907. The next year death came to Mr. Latham.

Description: Within this enclosure are buried 185 named persons, and many more unknown, all early settlers of Christian County. The land for this cemetery was donated in 1812 by Bartholomew Wood, the first settler in Hopkinsville. He also donated land and timber for the first public buildings, 1797. He died in 1827 and was buried here.

Description: Theodore Roosevelt Poston was born on July 4, 1906, in Hopkinsville. He was a graduate of Attucks High School and Tennessee A&I State College. In 1936 he began freelance writing for the New York Post and was soon hired full-time. He retired in 1972 after spending a career there. He died in NYC in 1974 and is buried in Cave Spring Cemetery, Hopkinsville.

He covered major civil rights stories of his era and was nominated for a Pulitzer Prize in 1949. Poston received numerous other awards, including the George Polk Award in Journalism for national reporting. His book of short stories, The Dark Side of Hopkinsville, was published in 1991. He was inducted into the Kentucky Journalism Hall of Fame in 2000.

Description: A camping ground, Oct. 1838, for a part of the Cherokee Indians who were forcibly moved from their homes in the Smoky Mountain region of N. Car. and Tenn. to Indian Terr., now Okla. Badly clothed and fed, hundreds became ill and many died, among them the aged and highly respected chiefs, Fly Smith and Whitepath. Their graves on bank of Little River.

Description: Brig. Gen. James S. Jackson, USA, killed in the battle of Perryville on Oct. 8, 1862, is buried in south end of cemetery. Born Woodford Co., Ky., 1823. First Lt., Mexican War, then practiced law in Greenup. He came to Hopkinsville, 1855. Elected to Congress, 1861. Authorized by Lincoln, he recruited 3rd Ky. Cav. during fall 1861. In battles, Shiloh and others, before his untimely death. 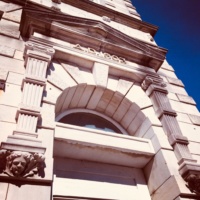 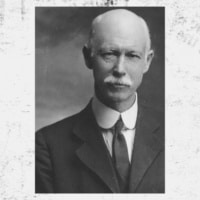 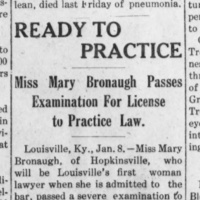