An Aug. 12 mask mandate from the Kentucky Board of Education remains in force, despite a separate requirement from Gov. Andy Beshear that was lifted on Monday.
Jennifer P. Brown|

The clarification addresses the fact that an Aug. 12 mask requirement from the Kentucky Board of Education remains in force while a separate school mask mandate from Gov. Andy Beshear was lifted on Monday.

Beshear’s action to cancel his mask mandate followed a decision Saturday from the Kentucky Supreme Court that cleared the way for the legislature to limit his powers in an emergency such as the pandemic. The supreme court, in a unanimous decision, forced a lower court to dissolve its injunction blocking laws the General Assembly passed to limit Beshear’s powers through executive orders.

“We will continue to keep our parents and guardians up to date as we learn more information, but to be clear, the Kentucky Board of Education’s regulation requiring face coverings in public schools is still in effect,” the district’s news release states.

Guidance from the Centers for Disease Control and Prevention says everyone age 2 or older who is not fully vaccinated should wear a mask in indoor public places. Currently there are no approved COVID-19 vaccines in the U.S. for people under age 12.

The CDC also advises: “If you are fully vaccinated, to maximize protection from the delta variant and prevent possibly spreading it to others, wear a mask indoors in public if you are in an area of substantial or high transmission.”

As of Saturday, the entire state of Kentucky was in an area of “high community transmission,” according to the CDC.

During the most recent wave of the pandemic, the delta variant has prompted an increase in the number of younger individuals infected with the virus who experience serious illness and require hospitalization.

During the two weeks between Aug. 6 and 19, there were 599 new COVID-19 infections reported by the Christian County Health Department. Of those, 134 — or 22% — were among residents 18 and younger.

Between Aug. 12 and Aug. 19, the number of COVID-19 cases among students in Christian County Public Schools nearly doubled, from 50 to 97.

On Monday, Jennie Stuart Medical Center reported 32 people hospitalized with COVID-19 in the Hopkinsville hospital. The seven-day average of COVID-19 hospitalizations grew to 31 — the highest it has been since Jan. 16. 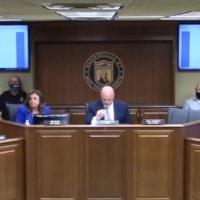 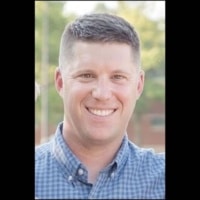