To the horror of his urban friends, ‘a child of the rainbow’ returns home to the hollows

When I was 25, I stepped off a Greyhound bus in downtown Chicago. A man dressed as a priest tried to sell me holy water. Looking up at that iconic skyline, so bright it disappeared the stars I’d known all my life, I smiled. “I think I’m going to like it here.”

I was just a kid from the hollows who was taking a chance. I came from seven miles outside the only town in Leslie County, Kentucky — and that town had only 375 people. After meandering through my undergraduate degree, I graduated at the age of 24. Realizing opportunities were scant in my old Kentucky home, I did what millions of Appalachians have done through the generations: I went north.

Within six weeks, I had secured my first professional job — as a junior underwriter at the nation’s fastest growing mortgage company. Within a year, I had my own apartment. I was the fulfillment of, if not the American dream, certainly my American dream. I was upwardly mobile and openly gay.

It is this last bit that makes my story unique from those of my grandparents, who 50 years before me traveled the “Hillbilly Highway” from Eastern Kentucky and East Tennessee to Ohio’s Miami Valley. In Kentucky, being gay had always othered me, setting me apart from my peers. I left the Bluegrass State in part because I wanted to find a larger gay community, or at least an atmosphere where being gay was marginally easier.

That was certainly what I found in Chicago. I was in awe of Boystown, spending that first summer drinking and dancing my way up and down North Halsted — the heart of the Windy City’s gay village. I felt so very much at home.

That is, until I didn’t. Coming from Kentucky, I was more comfortable in dive bars than nightclubs. Those were virtually nonexistent in Boystown. The thumping techno music gave me a headache, but people laughed when I asked which bars played country music. “You’ll have to go to Wrigleyville for that, ‘bro,’” one catty man memorably sneered at me.

So, I did. Most of the people I met were great. My first boss loved the Wrigleyville bars, too, so I quickly found friends with whom I could relate. She was charmed by my southern sayings, particularly the versatile “bless your heart.”

This was the early 2010s, when hipster fashion was still cool — and I dressed the part. Coworkers took to calling me a “hickster,” though, a good-natured jab at the fact that I looked like I belonged in a Lena Dunham film, but my playlist included Jason Aldean and Loretta Lynn.

I took all this on the chin because I knew it was not malicious, but I quickly found that I was once again compartmentalizing myself. In Kentucky, I had mostly hidden the “gay” parts of me. In Chicago, I was hiding the “Kentucky” parts of me.

This was most pronounced when discussing politics. I became something of an apologist for the provincial hinterlands of downstate Illinois; by virtue of a childhood spent partially in Ohio I felt some kinship toward the folks outside Chicago. This angered those in the city who felt their country cousins were holding the state back. “They don’t even realize they’d have nothing if it wasn’t for Chicago,” one friend once sneered, seemingly not realizing that many of the folks downstate felt the same about Chicago.

Defending the South invoked even more ire. “It must be so hard to be gay in Kentucky” was something I heard again and again. My answer, that actually I didn’t have such a bad time of things after high school, always seemed to disappoint folks. It was as if they wanted to hear I had spent the better part of my life running from rednecks in pickup trucks firing rifles at me. In reality, those rednecks were my family and friends.

That doesn’t mean I had it easy. High school was a daily crucible of homophobia. It was the early ’00s, though. “Find me a place in America that wasn’t homophobic then,” I used to tell people. “I’ll wait.”

I knew that while rural America might – by the metrics of our city cousins, anyway — be behind the times, we still moved with them. Hearing from friends and family back home, I knew that acceptance of gay and lesbian folks had grown since I was a kid. “You changed this town,” one high school teacher told me as she explained the number of openly gay students had increased since I graduated.

Which is why I did not hesitate moving back to the South when my family needed me in 2018. The country had come a long way in acceptance of same-sex couples. Marriage equality was the law of the land in all 50 states. And I was homesick. It was a no-brainer.

My friends, however, seemed to think I had defected to the Confederacy itself. “But they’re all so racist and worship Trump,” one friend exclaimed, pleading with me to stay. When I pointed out that an hour outside of Chicago you’d see just as many MAGA flags as you would in Kentucky, she looked at me with abject horror. “That’s why we don’t go there.”

She should go there, though. She should come here to East Tennessee to visit me. All my Chicago friends should. If they did, they would see big-hearted people ready to welcome them with open arms. They would be treated to some of the best cooking they ever tasted, the best live music they ever heard. They would see that we are more than dueling banjos and shotguns — though we are definitely those things, too.

Because yes, they would see poverty. They would see the effects of the opioid crisis. They would see lots of churches, and yes, lots of MAGA paraphernalia. And they would probably encounter some bigots, too. Rural America isn’t perfect. Maybe it isn’t even as good as Chicago, if you judge by these things alone.

That, though, would be a fool’s errand. What I have come to realize is that you cannot quantify the goodness of a place. It’s too subjective. Besides, poverty, opioid abuse, churches, and even MAGA paraphernalia are not the exclusive purview of rural America. Trump won New York City’s Staten Island, after all.

Besides, I don’t think how someone voted when given a binary choice in one or two elections is a great way of judging their character. And

I don’t think stereotypes are a great way of judging an entire region. For rural America contains multitudes. As do I.

I have lived in one of the nation’s largest cities and in one of its smallest towns. I love both, and I make no apologies for either. I am a child of the mountains and the rainbow — part Buckeye, part Bluegrass, but all American.

Skylar Baker-Jordan is a freelance writer whose work has appeared in The Independent, Newsweek, Business Insider, and elsewhere. He currently lives in East Tennessee. The post Commentary: To the Horror of His Urban Friends, ‘A Child of the Rainbow’ Returns Home to the Hollows appeared first on The Daily Yonder. 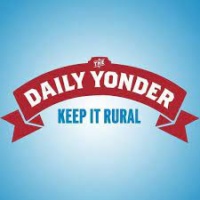 The Daily Yonder is a nonprofit newsroom that provides news, commentary and analysis about and for rural America. It is the news platform for the Center for Rural Strategies, which has offices in Whitesburg, Kentucky, and Knoxville, Tennessee. 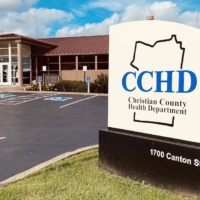 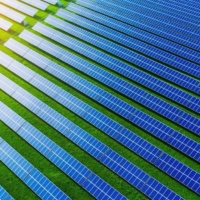