Mayor Wendell Lynch broke a tie vote on city council Tuesday night to advance a COVID-19 vaccine incentive plan that will pay $100 each to as many as 1,000 Hopkinsville residents who become fully vaccinated in the next several weeks. Each of them will also be eligible to win one of 10 drawings for $1,000.

The $110,000 package will come from the city’s American Rescue Plan money. Opponents, including several citizens who addressed the council at the start of the meeting, said they didn’t approve of using tax money to entice people to do something they ought to decide on their own.

Lynch countered that the city had an opportunity to help individuals while also addressing the county’s low vaccination rate – the third lowest in Kentucky at 26.4%

“We are tasked as leaders, I think, to try to find ways to move that number up and help our community in various ways,” he said.

Lynch pointed to the council’s decision last year to spend $350,000 of federal pandemic relief money for grants to local small businesses. In a similar move, the council could provide assistance to individuals who might need a nudge to get a COVID-19 shot, he said.

Keel wanted to refer the matter to the Sept. 23 Committee of the Whole meeting so the council could explore other ways of encouraging vaccinations. He suggested the money would be better spent on marketing campaigns.

The council voted 6-to-6 on Keel’s motion to delay the decision until later this month. Lynch broke that tie, setting up the next vote to approve the incentive package.

The Christian County Health Department, which administers vaccines on Tuesdays and Thursdays, will oversee the plan with support from Jennie Stuart Health. The Pennyrile Area Development District will help market it.

Health department spokeswoman Amanda Sweeney Brunt told the council that she sees a lot of “vaccine apathy” among people who are not necessarily for or against the vaccine. She said she can relate.

“I don’t think I ever got a flu shot until I started working at the health department. But when you start seeing cases come in and see it from the backside, it kind of changes your perspective,” she said.

For many people, getting a shot has not been a priority.

“And I think I might have been one of those had I not worked in public health and seen the numbers …,” she said.

Jennie Stuart Health spokesman Chris Jung also addressed the council. He said there were 34 people with COVID-19 hospitalized Tuesday, and only two had been vaccinated.

City residents will be eligible for the $100 incentive if they get fully vaccinated between Sept. 13 and Oct. 31. 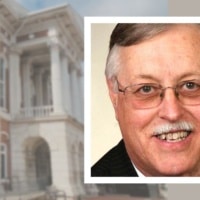 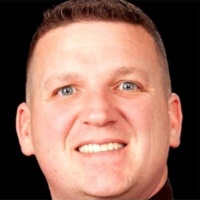 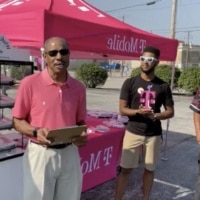