Opinion: Mitch McConnell has the switch to stop Trump, but will he use it?

A public break with an unpredictable president could split the Republican Party into Trump and anti-Trump factions, alienating Trump’s base from party leaders.
Al Cross|

As far as we know, Senate Majority Leader Mitch McConnell hasn’t told President Trump to throw in the towel and start funding the transition to President Biden. That’s a message that would quickly emit from the leakiest White House in living memory. So why hasn’t he given Trump the word, for the good of the country?

For one thing, the current episode of The Trump Show may be the climax of the president’s relationship with the Kentucky senator, but it won’t be the end of it.

Until some tipping point that is hard to discern right now, the longer Trump holds out, the more his followers will grasp at social-media straws and embrace the myth that the presidency was stolen from him, perhaps stoking a comeback bid in 2024. Even if he misplays the timing of that, he will remain the loudest voice in the Republican Party until at least Jan. 20 and probably much longer.

Any majority leader who breaks publicly with a president of his party is risking his leadership post in the long term, by splitting the caucus, and in current circumstances, he would risk his majority. A public break with an unpredictable president could split the Republican Party into Trump and anti-Trump factions, alienating Trump’s base from party leaders when they are trying to keep their Senate majority by winning two Georgia runoff elections on Jan. 5. Republicans need Trump and his base on board, and he isn’t helping the party by raising his own money to pay for pointless recounts, future political activity, and other expenses.

McConnell sees the immediate political value of the Trump base, but he hasn’t been playing to it like some Republicans have. Monday, he said Trump was “100 percent within his rights to look into allegations of irregularities and weigh his legal options.” That was no endorsement of any lawsuit, much less the frivolous pleadings that have been laughed out of several courts.

Trump’s last-ditch legal efforts have no realistic chance; recounts never produce the huge changes he needs. It boils down to math and facts. Trump enjoys a media market that values opinion more than facts, but facts come first, and if he had enough to make a difference, we would have heard some by now.

To the former producer and host of “The Apprentice,” his campaign may be like a TV show that has to produce a final few episodes to fulfill its contract (not that Trump has always done that). New York Times reporter Maggie Haberman, who covered Trump for other papers before his TV days, put it this way on CNN Wednesday: “He knows this is over, realistically … He sort of likes just watching the show … seeing if it will turn out differently if it just keeps going.”

But American democracy and the U.S. government are not reality shows. The longer this goes on, the less faith some Americans will have in their democracy and the elections process — though it seems to have performed admirably in unusual circumstances — and the less prepared Biden and his team will be to tackle the challenges facing the nation and the world. The 9/11 Commission said George W. Bush’s delayed transition left him less prepared for the attacks.

Biden said the transition help is “not critical,” but he knows better; like McConnell, he’s trying to give Trump some space and time to embrace reality; that avoids alienating Trump supporters, advancing Biden’s stated goal of reducing the divisions in our badly fractured republic. Haberman said of Trump, “He is going to make sure to sully up Biden’s ability to unite the country as much as possible.”

McConnell said Monday that “Nothing so far interrupts normal process,” but that was before Trump refused to fund the Biden transition — and installed some sketchy characters in Pentagon jobs with access to highly sensitive intelligence. Mischief is afoot. Andrew Card, who was Bush’s chief of staff, said he worries about foreign adversaries taking advantage of the “disruption of knowledge transfer” between administrations.

McConnell may be demurring in order to maintain trust with the volatile Trump, dreading but preparing for the moment when he realizes that he must tell the president that it’s over. But some Republicans think he should have done that already, putting the good of the country ahead of partisan politics. Former Trump national security adviser John Bolton wrote in The Washington Post, “The more Republican leaders kowtow, the more Trump believes he is still in control.”

Bolton and McConnell have plenty of experience dealing with Trump, but I doubt that Bolton has been in on any crucial Trump-McConnell conversations. The two men have kept those talks almost entirely to themselves. How they manage their publicly opaque relationship at its climactic moment may have a lasting impact on all of us. 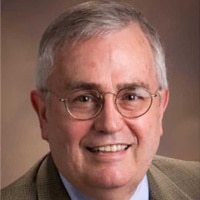 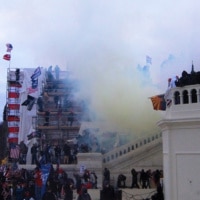