After many plants were forced to closed during the pandemic, agricultural economists have begun to research the beef industry's resiliency in the face of such threats and what it means in the long term.
by Heather Chapman,
The Rural Blog|

A recent feature piece in Meatingplace, a meat-industry magazine, takes a deep dive into major meatpackers’ increasing market concentration, how that has hurt cattle producers, whether the federal government’s response will help, and whether that might bring back small meatpacking plants.

Meatpackers were forced to briefly close early in the pandemic, but were back up and running within seven weeks, “racing like hell to work through inventory backed up at the feed yards,” editor Tom Johnston reports. “Meatpacking leaders and regulators have hailed the relatively rapid rebound as a sign of the industry’s durability even in the worst of times. But independent cattlemen say the supply-chain shocks resulting not only from the pandemic, but also the Tyson Foods’ Holcomb, Kan., plant fire that preceded it and the JBS USA cybersecurity breach that followed it, spotlight its flaws.”

Agricultural economists have begun to research the beef industry’s resiliency in the face of such threats and what it means in the long term. It’s tempting to think that redistributing processing capacity to smaller plants would increase the industry’s resilience, but it’s not that easy, said Azzeddine Azzam, a University of Nebraska agricultural economist who has applied to the Agriculture Department for a research grant to study the concept and told Johnston:

“First of all, resilience to what? Is it resilience to pandemic? Resilience to earthquakes? Resilience to floods? We really don’t know. I think the pandemic has given us some tunnel vision. Yes, we have to protect ourselves against the next pandemic, but to me, resilience has to be resilience to a lot of unforeseen events that are going to close plants and back up cattle in feedlots.”

Because resiliency means different things to different stakeholders, that confuses the debate over whether the supply chain needs fixing. Major meat processors enjoying “windfall margins” think the current structure is working fine, but “cowboys left in its dust say it doesn’t work for them; packers’ market power has eliminated competition and fair pricing for their cattle, an imbalance due for a course correction,” Johnston reports.

Sympathy for ranchers has prompted a “groundswell of activity” from the executive and legislative branches of the federal government, including President Biden’s recent executive order meant to increase competition among meat processors, “but packers are holding their ground, arguing that adding new policies — and packing capacity — in an attempt to change the industry’s structure and shift market share could make it less ‘resilient’ in the long run,” Johnston reports.

Severe drought in the West could ultimately swing power back towards ranchers, analysts say. A late July survey of farmers and ranchers from the American Farm Bureau Federation found that 85% of respondents said they’re selling off portions of their herd or flock. “CattleFax analysts, at the 2021 Cattle Industry Convention and National Cattlemen’s Beef Association Trade Show in Nashville in August, said the trend should tip leverage back to the producer,” Johnston reports. “Randy Blach, the firm’s CEO, expects a three-year liquidation to reduce feed yard placements, pushing the value of calves, feeder cattle and fed cattle up several hundred dollars per head over the next few years.” 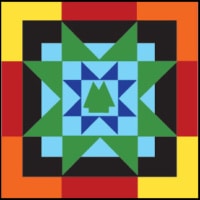 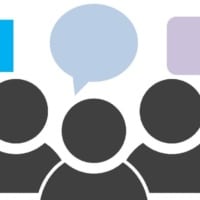 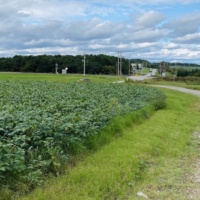