Kentucky Attorney General Daniel Cameron is wading into a precedent-setting legal battle to determine if the fees associated with expunging a criminal record can be waived for people who can’t afford them.

Kentucky Attorney General Daniel Cameron is wading into a precedent-setting legal battle to determine if the fees associated with expunging a criminal record can be waived for people who can’t afford them.

Frederick Jones, a 56-year old Louisville man, sought a waiver in 2018 for a then-$500 fee to clear a decades old felony theft charge from his record. A Jefferson Circuit court ruled he had to pay. And when the Kentucky Supreme Court takes up the case, Cameron will be advocating for that ruling to be upheld.

In doing so, the court would set a standard that anyone wanting a felony expungement must pay fees, currently set at $300. Criminal justice reform advocates and voting rights activists say that will impede access to expungement, a process needed for many people with criminal convictions who want to reclaim their right to vote, bear arms, participate in their kids’ school activities and get jobs.

Since July 2016, more than 3,200 people in Kentucky have utilized expungement, according to a report from the League of Women Voters of Kentucky.

When then-Attorney General Andy Beshear, a Democrat, was involved with the case in 2018, he effectively said in a brief that the state had no dog in the fight, and took no position.

Now, as the case sits before the state’s Supreme Court, Republican Cameron is taking a stance opposing fee-free expungement for indigent people, a position his office says is based on his interpretation of state law.

“We believed it was important to weigh in,” said Elizabeth Kuhn, a spokesperson for Cameron, in an emailed statement. “This case has nothing to do with politics. The question is not a policy one, but a legal one, and it’s the Attorney General’s job to defend the law as passed by the General Assembly.”

In a brief filed with the court last month, Cameron argued that an expungement is a privilege and so there must be a fee.

Under state law, the fees are collected into an “expungement fund” that is divided among the courts, state police, prosecutors, and the state’s Department for Libraries and Archives.

“The whole purpose of [the expungement law] will be frustrated if the agencies tasked with expunging felony records are impeded by a lack of funding,” Cameron argued.

Voting rights advocates say the purpose of the law is not to collect revenue but instead provide people a process for regaining their constitutional rights. Frustrating fees highlight the privilege of decision-makers, said Kat Calvin, founder of the California-based nonprofit voting rights organization Spread the Vote.

She likened the costs to a poll tax.

“It’s just one of the many, many, many ways that we ensure that if you ever make a mistake in this country, you are punished for it forever,” Calvin said.

It’s far more noble to protect and encourage a person’s ability to fully reintegrate into society, Calvin said, than to generate revenue for the state’s budget, which estimates bringing in $10.8 million from court costs in 2022.

Who gets to vote

Regaining the right to vote is a key benefit of the state’s expungement law. Kentucky is one of just a few states to issue lifetime voting bans for people convicted of felonies, and the state’s disenfranchisement rate is one of the nation’s highest, according to the report from the local League of Women Voters group.

Mandating a fee sends a message that if you’re poor, then you cannot participate in our democracy, Shapiro said.

“Do we as a Commonwealth believe the right to vote is a core fundamental right, that people deserve that… if they can afford the fee or not?” he asked.

Politics must also be considered, said Dewey Clayton, a professor in the University of Louisville’s department of political science. He says Cameron’s position in this case could be perceived as a political play with lasting impacts, even if it’s not the intent.

Calvin, the voting rights advocate, said politics shouldn’t play a role —  but it is politicians that decide who gets to vote.

Attorneys battle it out in briefs

Jones’s case goes back to a 2018 ruling by Jefferson Circuit Court Judge Audra J. Eckerle, who denied his request to waive the then-$500 expungement costs due to his inability to pay. Jones, who declined an interview request, argued that he should be covered by state law allowing waivers for people unable to pay court fees.

But the judge said that the state expungement law doesn’t address fee waivers, and that her hands were tied.

“[Jones’] remedy more appropriately lies with the legislature that enacted the mandatory fee without specifying a waiver mechanism,” Eckerle wrote in her order denying his request to waive the fee.

Jones appealed the judge’s decision to the Kentucky Appeals Court, but the outcome didn’t change.

“Expungement is not a right but a statutory privilege – a privilege the General Assembly has no obligation to provide at all, and which it may therefore provide subject to conditions that our Courts are not at liberty to ignore,” the judges said in the majority opinion.

A state law known as the in forma pauperis statute allows people “to file or defend any action or appeal therein without paying costs.” An expungement should be considered a court action, which would therefore qualify the fees associated with an expungement to be waived, said Michael Abate, an attorney representing Jones. (Abate has represented KyCIR in some legal issues.)

Legislators did not need to specify that the fees could be waived because the statute allowing the waiver of fees for poor people already existed, Abate said.

“There is simply no basis to assume, as the Court of Appeals did, that the General Assembly intended the expungement law to silently overrule the [in forma pauperis] statute,” Abate wrote in their brief filed with the Supreme Court.

The attorney general argued otherwise — that there is no “fundamental right” to expungement. Instead, Cameron said it is a product of “legislative grace.” Since legislators did not explicitly state the fees can be waived, he said, they must be considered unquestionably mandatory.

But Republican state Sen. Jimmy Higdon, the sponsor of recent expungement legislation, said  that was not his intent.

“It’s common practice in Kentucky that if a defendant cannot pay a fee, a judge has a discretion to waive it,” Higdon said in a 2019 interview with KyCIR. “If I wanted to block them from getting a fee waived, I would have put wording in there to block it.”

One thing all sides agree on is that Jones did, in fact, qualify as indigent under state law when he sought the waiver in 2018. At the time, he was earning less than $1,000 monthly.

Since his case began, the costs for obtaining a felony expungement have dropped to $300, according to state law, plus a $40 certification fee required by the Kentucky State Police. Gov. Andy Beshear also issued an executive order days after assuming office in 2019 that automatically restored the rights for about 178,000 people convicted of non-violent crimes.

But Jones wasn’t one of them.

And an executive order isn’t a permanent fix, said Shapiro, with the ACLU.

“People who cannot pay should not have to pay to have their voting rights restored,” he said. “That is unacceptable and it should not be a way that we treat people who live in our commonwealth.” 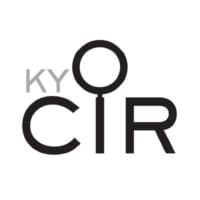 This article first appeared on Kentucky Center for Investigative Reporting and is republished here under a Creative Commons license. 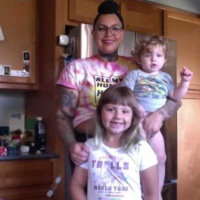 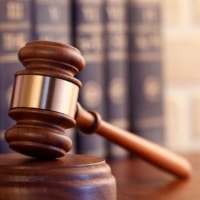 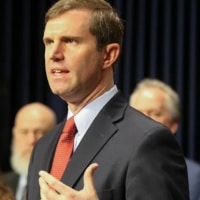