Customers at Hopkinsville's largest retail department store and grocery had varied reactions to changes in the state's coronavirus mask requirements.

As COVID-19 restrictions loosen, many Kentuckians are grappling with whether or not they should continue masking in public.

Earlier this month, Gov. Andy Beshear announced fully vaccinated individuals will no longer need to wear face masks in public, mirroring new guidance from the Centers for Disease Control and Prevention. By June 11, Kentucky will lift its mask mandate for almost everyone, barring those who are immune-compromised, demonstrate symptoms, test positive or frequent certain settings.

“The CDC’s news yesterday is just a game changer,” Beshear said in a press conference. “I mean, it’s huge, and we feel it. And so that certainly changes things. It goes along with new projections on where we’ll be in July.”

Higher learning institutions such as Murray State University and the Kentucky Community and Technical College System quickly followed suit, as did national corporations such Walmart and Trader Joe’s. Some companies — including Target, Home Depot and CVS — are maintaining their in-store mask mandates.

At the Walmart Supercenter in Hopkinsville, shoppers’ responses to Kentucky’s changing mask requirements varied. Jesse Ellyson, 51, was masked while perusing the vitamin aisle. He said he’s received the first dose of his COVID-19 vaccine and will continue wearing his mask after the second dose.

“I think it was a mistake to loosen the restrictions right now,” he said. “I think that a lot of people are only wearing the mask because they have to. If I get my vaccine, I take it off, and everybody takes them off, then people who aren’t aren’t vaccinated can also take them off because it’s not like you’re going to be required to carry an ID around. So you don’t know who’s got [the vaccine] and who doesn’t.”

The CDC states “infection in fully vaccinated people cannot be completely eliminated as long as there is continued community transmission of the virus.” As for the governor’s decision, Ellyson said Beshear was only following the CDC’s guidance, even if Ellyson doesn’t agree.

“The vaccine is still not in enough arms, so we haven’t achieved this herd immunity,” he said. “I’m also reading online and I’m hearing on the news that even someone who’s vaccinated can still conceivably be a carrier, so I could catch it. I won’t have any problem with it, but I could give it to all these people that aren’t wearing masks even though they still should be because they haven’t been vaccinated. So I think we’re going to see a rise in cases.”

Ellyson noted mask-wearing became a “political statement,” and said he believes it “will continue to be so.” Furthermore, he likened some businesses’ decision to continue mandating masks despite Kentucky’s loosened restrictions to the Supreme Court’s 2014 decision to exempt Hobby Lobby from Obamacare’s contraception mandate.

“Hobby Lobby was doing this whole thing fighting against Obama’s healthcare plan, and the Supreme Court decision came down that a business, a corporation, as long as it was still privately owned, could be considered an individual and therefore have individual rights,” he said. “So a business can operate a store, has the right just as you do, just as I do, and in your home to say, ‘You can’t come in here without a mask.’ … I didn’t really agree with that decision, but whatever it is, it’s done.”

Paulette Robinson, 65, who was masked as she strolled the store, is fully vaccinated. She said she’ll continue to wear her mask in public until she knows more about its health effects.

“They’ve come a long way, but we really don’t understand about COVID,” she said. “It has spider legs — it grows legs — so I want to just keep wearing a mask. And it’s so simple. Just put the mask on and go. Protect yourself.”

Robinson said she’s “leary” about the loosened restrictions on masks but believes “we’ve got to start somewhere.” She views mask-wearing not as a social statement but as a health statement.

“Back in the day, there was the polio vaccine,” she said. “Then, we had to turn around and get a booster. I remember going to schools, and the lines were long, and we were getting the polio vaccine. So I’ve been through this before — not to say I’m a dinosaur, but I have — and I think it’s gonna be okay.”

Tammie Lynch, 54, who was unmasked as she sifted through clothing, doesn’t plan to get vaccinated, agrees with the decision to loosen masking restrictions and said she’s glad everyone was mandated to wear a mask previously. However, she believes the choice to mask should be left to individuals and companies.

“If we don’t want to wear it, we shouldn’t have to wear it,” she said. “There are signs on the doors, but when you go in, you may see one person wearing a mask to every 10 people in there. I’ve never been stopped for not wearing one, even though it says to on the door.”

Andrew McDonald, 16, who was unmasked between the books and electronics sections, doesn’t plan to get vaccinated. He said he’s not worried about contracting the virus because he’s been safe so far.

“When it was the worst in my county, Todd County, I was working at a Food Giant, and I didn’t wear my mask right once,” he said. “And I was a cashier, and I had everybody from pretty much the entire county come by, and I didn’t catch it once. I get the whole ‘It can mess me up,’ but I’ve been exposed to it a lot and didn’t really get it.”

McDonald said the loosened restrictions on masks are one further step toward returning life “back to normal.” He believes some people may continue wearing masks “because maybe they had a loved one pass away from [the virus], or just to be safe,” but he doesn’t intend to wear a mask after the mandate lapses.

However, McDonald recognizes businesses may keep their own masking requirements in effect for various reasons, potential liabilities chief among them.

“[Mandating masks comes down to] basically whoever’s opinion on it is, or their experience with it,” he said. “It’s like skateboarding. Some people think of it, if you fall down, it hurts. Some people have got to do it again. It’s really just how you look at it.”

According to previous reporting by the New York Times, Kentucky has had 455,442 total reported cases since March 2020. Furthermore, 36% of Kentuckians are fully vaccinated and 44% have had at least one dose. 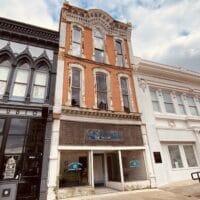 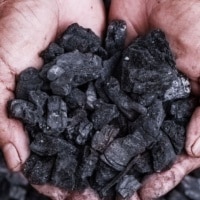 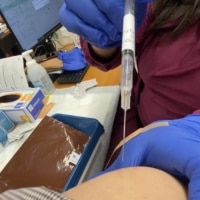