Clark Anderson had the house constructed with hand-hewn oak beams from his great-great-great-grandfather's farm near Pembroke.

When Clark Anderson’s great-great-great-grandfather, William Tandy, set out from Virginia around 1810, he came as far as Christian County in Western Kentucky to settle on land between present-day Pembroke and Fairview. He built a log house there, married and later became a pastor at First Baptist Church in Hopkinsville.

Anderson had just the right place for those oak beams — a tiny hemp house that now stands on his farm.

“My motivation was to save the building materials … I couldn’t bear the thought of that being burned in a pile,” he told Hoptown Chronicle.

The story behind the Kentucky oak beams and Anderson’s hemp house will be featured on DIY Network’s “Building Off the Grid” program. It’s scheduled to air at 8 p.m. CDT on Tuesday, June 15. Anderson is in the program.

The network describes the episode: “A cannabis farmer builds an off-grid hemp cottage in the Coast Range mountains of California. Together with a bio architect and hemp expert, the farmer battles the elements and time in order to finish the cottage by hand before the rainy season arrives.”

Anderson, 65, grew up in Hopkinsville. His parents were the late Billy and Mary “Mimi” Anderson. His father was an engineer and worked in the family’s tobacco markets. His mother was a civil rights activist and marched with Martin Luther King Jr. at the Kentucky capital in 1964.

Although legal marijuana grows on Anderson’s farm, Glynraven Gardens, the hemp that is used as an insulating material in his tiny house came from France.

Hemp hurds, which come from the inner stalk of the plant and resemble wood chips or straw, are not yet processed very well in the U.S., said Anderson. That’s why he purchased the hurds from overseas.

In his project, the hurds were mixed with agricultural lime and a volcanic material to blend a substance that resembles concrete. It encapsulates the house’s framing.

“Right now, nobody in this country has developed the process of keeping (hurds) clean and uniform,” Anderson said.

He said he hopes someone in Kentucky will perfect the process, adding that hurds also are used for animal bedding.

The hemp house is 420 square feet and has a sleeping loft. The size is significant — 420 is slang for marijuana and refers to having a smoke at 4:20 in the afternoon.

Anderson moved into the house when it was completed a couple of months ago. Several artists and farm workers also live on the farm.

In addition to the cannabis crop, the farm has an orchard with 500 trees, a large vegetable garden and enough solar panels to generate all of Glynraven’s power needs.

Anderson has another building project in mind for his farm. It will be a 2,000-square-foot log home that originally stood on the old Boddie farm in southern Christian County.

Built 200 years ago, the log house was nearly torched in the 1980s when Anderson stepped in to save it. A farmer who was managing the land for the Mormon church, which bought the farm at auction after the last local member of the Boddie family died, allowed Anderson to pull the house down, log by log, and haul it off.

“I spent a summer dismantling it,” he said.

The logs were numbered and stored for a few decades in a tobacco warehouse in downtown Hopkinsville. About six years ago, Anderson hired several Mennonite men to prepare the logs to be shipped to California.

The Boddie farm and home were known as Hemphill. During the 19th and early 20th centuries, Kentucky grew hemp for fiber. Christian County farmers were among the hemp growers that made Kentucky a major producer. The state was the largest producer in the country between the Civil War and 1912, according to “A History of the Hemp Industry in Kentucky,” a book published by the University Press of Kentucky in 2015.

Today in California, there is a big, rounded hill at Glynraven that Anderson calls Hemphill, and it’s where he plans to reconstruct the log house from Kentucky. 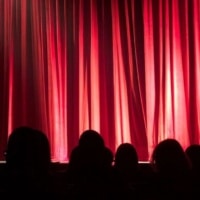 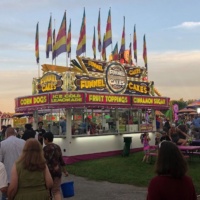 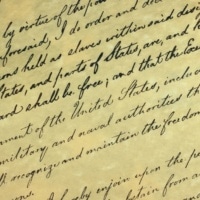