After reading Mason’s biography, readers of “Dear Ann” are likely to wonder how much of the story reflects the author’s real life, observes columnist Constance Alexander.

Bobbie Ann Mason’s newest work of fiction, “Dear Ann,” is a magical mystery tour that moves between past and present, starting with an epigraph from Samuel Taylor Coleridge’s “Kubla Khan,” that refers to a woman “wailing for her demon-lover.”

The action begins at sea in 2017, with the title character, Ann, re-reading letters from the mid-1960s penned by former professor and mentor, Albert. He urges her, a Kentucky girl, to emulate Daniel Boone, and muster the self-confidence to go to graduate school in California, at Stanford University.

Albert, the letter writer, approves of Ann’s decision to go the academic route as she moves forward in her professional life. Like Hansel and Gretel’s trail of breadcrumbs, Albert dropped names that might entice an English major to follow his advice. Wallace Stegner, Ken Kesey, Larry McMurtry, Ernest Hemingway, and John Dos Passos are mentioned as guys of the golden west.

“What is happening in California these days is radical,” Albert insists, adding details about sunsets at San Gregorio Beach, dropping acid, and having sex.

What Albert does not realize is that the picture he so flamboyantly paints is a man’s world, which may be the reason Ann ultimately rejected his advice.

Years later, in 2017, Ann is on a Caribbean cruise with her ailing husband. She passes the time by imagining how her life might have gone if she had chosen Stanford, instead of the snow belt of New York State, for graduate school. She also muses about Jimmy, her first love, and transports him into her California dreams.

Her imaginings are richly detailed, starting with a cross-country drive in a black Chevy, vintage 1952. Readers become immersed in the 60s. Girls iron their hair to straighten it. Music is a recurring sign of the times, including Janis Joplin, Bob Dylan and, an integral milestone of the Summer of Love, “Sergeant Pepper’s Lonely Hearts Club Band.”

Though timid in some ways, Ann wades into the 60’s and ends up in the deep end when she meets Jimmy. She adopts new ideas in food and friends, and even goes to a shrink, to whom she confesses, “I want to be in love with someone … I want someone to be in love with me. That’s what I mean, for it to work both ways. That would be romantic love, the Real Thing.”

With Jimmy, she finds love, although their backgrounds are completely different. Letters from her mother keep her connected to Kentucky, but her love affair with Jimmy opens her up to a bigger world. Intermittent letters from Albert tease her about breaking rules she has followed, without question, in the past.

History unfolds in “Dear Ann” as Vietnam protests and draft resistors proliferate on campuses across the country. As Ann and Jimmy revel in literary discussions, political debates, and sex, the war is always present.

Most of “Dear Ann” takes place in the 60s, but events almost fifty years later bring Ann back from the future, to assess her imagined life against how it actually unfolded.

In real life, Bobbie Ann Mason is a native of Graves County, where she grew up on a dairy farm. She graduated from the University of Kentucky in 1962, where she connected with a group of young writers: Gurney Norman, James Baker Hall, Wendell Berry, and Ed McClanahan. Upon completing her degree at UK, she worked in New York City and later earned a master’s degree from the State University of New York at Binghamton and a Ph.D. in literature from the University of Connecticut. Her award-winning fiction and non-fiction include “Shiloh and Other Stories,” “In Country,” “Girl in the Blue Beret,” and “Clear Springs,” among others.

After reading Mason’s biography, readers of “Dear Ann” are likely to find themselves wondering how much of the story reflects the author’s real life, and how much is pure fancy.

Kentucky Humanities selected “Dear Ann” for its 2022 Kentucky Reads. Groups around the commonwealth are reading and discussing the novel with enthusiasm, and sharing their insights on every aspect of the story and its vibrant characters.

Learn more about the life and work of Mason at www.bobbieannmason.net.

It was Greek to me

Al Cross: 50 years after Watergate, we live in an age of bad faith 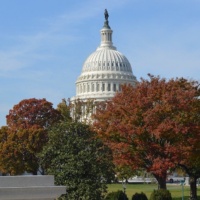